“Making the decision to have a child is momentous. It is to decide forever to have your heart go walking around outside your body.”

Author Elizabeth Stone perfectly articulates what it is like to become a parent: the unimaginable joy inextricably linked with an overwhelming sense of responsibility to protect and care for your child. Each milestone brings with it endless smiles, applause and photographs. That is unless the milestone is delayed – or never reached.

When other children are walking, running and playing, but your little boy is unable to keep up with his peers, a nagging fear creeps in. Your greatest hope is that the answer is something easy to fix. Even when red flags rear their ugly head, you never imagine – in your wildest dreams – that the heart walking around outside your body may be suffering from a life-altering and – shortening disease.

With just a few words, in a single moment, you discover your worst nightmare is, in fact, your new reality.

Once you receive the diagnosis of Duchenne muscular dystrophy, you realize you have to place your heart in the care of someone else because kisses and hugs are not enough to stop the progression of a disease that will cause your son’s muscles to weaken – and eventually fail.

April 29, 2020, was the most devastating day of my life. My wife, Rachael, lay on the floor, holding our son, crying.

Stephen Prendergast talks about the afternoon their family found out Cullen had Duchenne. “At first, I was ready to jump right in and move forward. Then, I Googled the disease, and, just like Rachael, I completely broke down. I could not believe it.”

Like thousands of other Canadians, Stephen did not previously realize no boy had ever survived the disease. He also did not know Duchenne goes so much deeper than requiring leg braces or physiotherapy: “I wish I had always supported that journey.”

Stephen talks about his “ignorance” surrounding the disease, recalling when he turned on the news more than 20 years ago to see John Davidson walk across Canada to raise awareness for his son. At that time, Duchenne had not yet touched Stephen’s life, and he had no idea it was a death sentence. The moment he realized that his family was also on this journey, he reached out to John Davidson and asked how he could best support his son.

The answer was to raise awareness and funds to find a cure, so Stephen, Rachael and Cullen became part of the Defeat Duchenne Canada family.

For parents whose sons have been diagnosed with Duchenne, Defeat Duchenne Canada and the work they continue to invest in is a beacon of hope amidst what can otherwise be a very dark time. The Prendergast’s were eager to share their story to enhance public awareness and support, so little boys – like Cullen – can have the milestones currently denied to them by this undiscriminating disease.

“I have to educate myself to provide for my son and his ever-changing needs. But more than that, it’s my job to educate the community so everyone understands how badly we need help,” Stephen shares. “Each donation that brings a cure closer to home will give parents, like me, more energy and faith that although things may not be perfect, they will be OK because we are all getting through this together.”

Even though the Prendergast family can easily recall the pain of the initial diagnosis, they know they cannot stop fighting because, otherwise, they can’t be certain of what their son’s future will hold.

I look at Cullen, who is just a beautiful little boy, and realize he has no idea about what is in store for him. Yet, as parents, you can’t stop your mind from jumping there: 10-15 years from now, we wonder if we will be able to provide for our son and support his needs. It’s unbearable to imagine we won’t, but until then, we have to keep going – we have no other choice.

It only takes a few moments to join parents, like Stephen and Rachael, who will commit their entire lives to protecting and uplifting their sons. Ask yourself, “What would you do if it was your boy?” and answer by donating today. 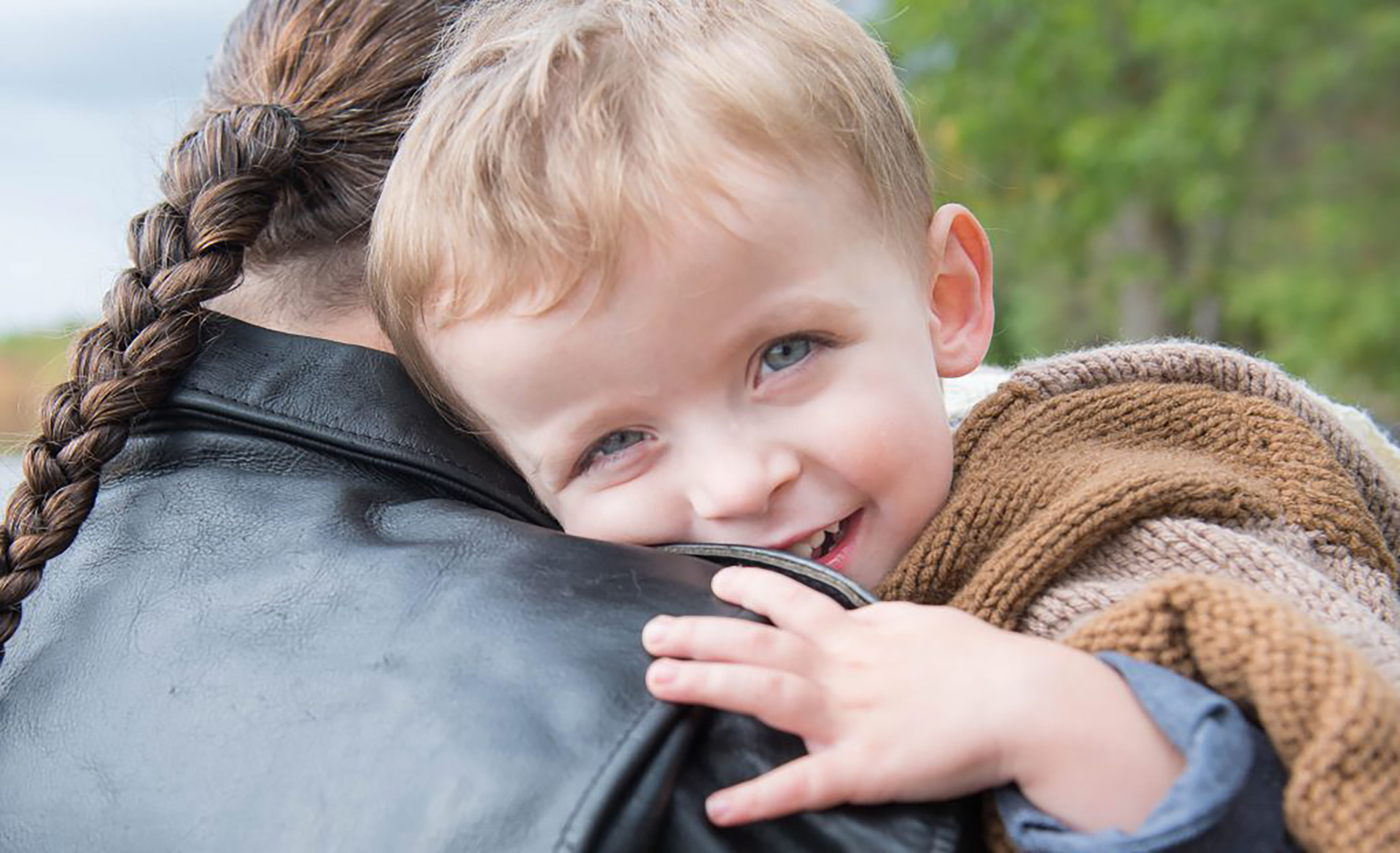