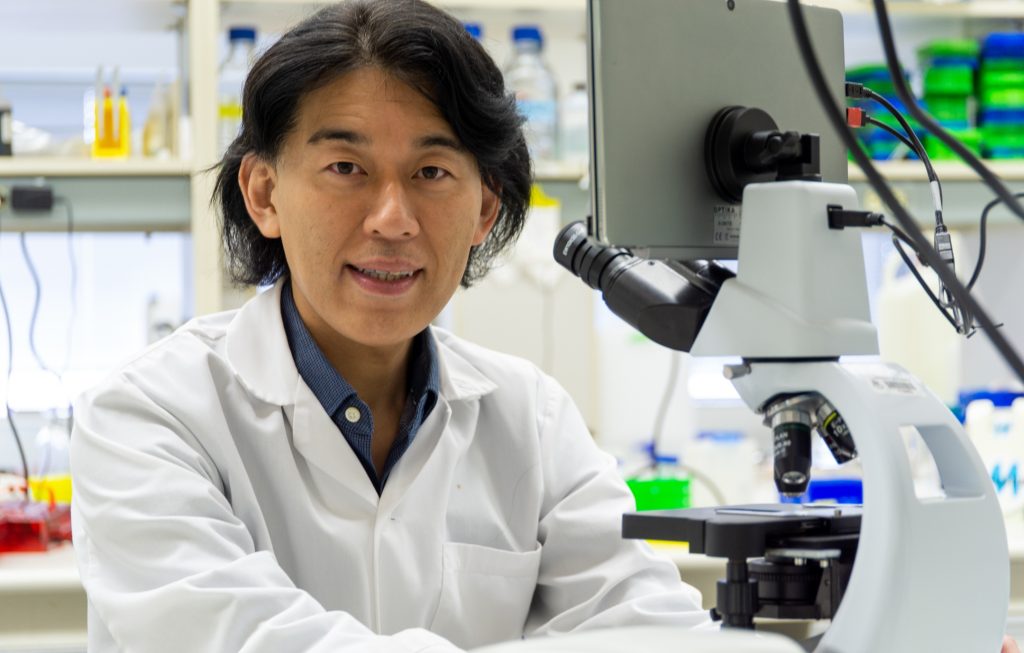 University of Alberta: New treatment could benefit up to 45% of patients with Duchenne

It’s only through the gifts we receive from fundraisers and donors that we’re able to invest in the most promising research advancements for Duchenne muscular dystrophy.

Up to 45 percent of patients with the most common inherited neuromuscular disease could benefit from a new “cocktail” drug being developed at the University of Alberta, according to research published this week in the Proceedings of the National Academy of Sciences.

The drug could provide an effective and economical treatment to lessen symptoms for the six of every 100,000 people — usually boys — affected by Duchenne muscular dystrophy, a chronic muscle-wasting disease, according to lead researcher Toshifumi Yokota, professor of medical genetics in the Faculty of Medicine & Dentistry.

A Band-Aid for damaged genes

People with Duchenne muscular dystrophy, referred to as DMD, have various mutations in the body’s largest gene, dystrophin, which is a protein that cells need to stay intact. Dystrophin has 79 sections, or exons. If even one is missing, the body cannot produce dystrophin and the muscles degenerate.

There is no cure for DMD, but a new class of drugs called antisense oligonucleotides uses an approach called “exon skipping,” which acts like a Band-Aid over the missing exons so the body can skip over the damaged instructions and produce the protein needed to rebuild muscle tissue.

The U.S. Food and Drug Administration has approved four exon-skipping molecules, including viltolarsen, based on Yokota’s research, but each has only limited applicability.

Now the U of A’s team of medical genetics researchers has combined six such DNA-like exon-skipping molecules to create a “cocktail” treatment that could help many more patients.

“Each of the previously developed exon-skipping molecules has been able to treat only around 10 per cent of DMD patients, because they have different mutations to their exons in different locations within the gene,” said Yokota.

“Our approach is to skip over 11 exons all at once, which would allow us to treat approximately 45 per cent of patients,” he explained.

The new cocktail also addresses another limitation of existing exon-skipping treatments, which is that they don’t penetrate the heart muscle, Yokota explained. While DMD patients often suffer from extreme skeletal body weakness, most die from heart failure.

“Our cocktail combines the antisense oligonucleotides with a new peptide, a short chain of amino acids, which allows the drug to penetrate the heart muscle,” he said.

The next step will be to undertake toxicology testing and go through the regulatory steps to conduct clinical trials. Yokota and his colleagues recently launched a company that will help to commercialize the drug.